HCG … Again? Dallas Fitness Trainer Asks You to Remember This 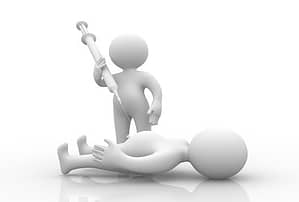 Every now and then HCG comes back around as a “new” weight loss drug. However it is nothing new. HCG was introduced in the 1950s and became popular in the 1970s. Before we get into why I believe this drug is absolute nonsense, let’s take a closer look into HCG.

Human chorionic gonadotrophin (HCG) is a hormone that is found in the urine of females during the early stages of pregnancy. When a woman takes a home pregnancy test, the prevalence of HCG is what indicates the positive response. It has many functions during pregnancy, but is thought to be especially important in repelling immune cells of the mother to protect the fetus in the first trimester. HCG is also believed to convert fat to calories for use by the baby (when the mother is not consuming enough), which in turn may speed up the mother’s metabolism. Make a note here, this hormone is found in high concentrations in PREGNANT women. If you are not a pregnant woman, your body does not produce HCG – which means your body does not need it! It certainly doesn’t need the potential side effects either: increased anger and mood swings, feeling sluggish, stomach ache, pelvic pain, muscle cramps, lumps, swollen feet and hands, as well as hunger (interesting). Wait, much like drug commercials, I’m not done yet: increased risk of blood clots, headaches, restlessness and depression. Last but not least, considering HCG has been approved by the FDA as a fertility drug, you may feel a bit like you are pregnant, complete with breast tenderness and water retention. (maybe you wives could use it to get back at your husbands!) HCG can also cause a potentially life-threatening condition called ovarian hyperstimulation syndrome (umm…no thank you.)

HCG actually became popular more than 50 years ago because of a doctor (and I use that term loosely) named Albert T. Simeons. This guy believed that injecting HCG into dieters would enable them to sustain a very low calorie diet (VLCD) of 500 calories without feeling hungry. Simeons also claimed that HCG would mobilize stored fat, suppress appetite, and redistribute fat from the waist, hips, and thighs.

Now let’s think about this. If you were to consume 500 calories a day, of COURSE you are going to lose weight. You are starving your body! If I put you on a 500-calorie diet and told you to do handstands all day long, would you believe it was the handstands that caused the weight loss or the caloric restriction? (If you said handstands then we need to talk). Not only is this diet completely insane, it is dangerous. Your body is not getting the nutrients that it needs and it will affect you in a negative manner. The concept of a VLCD has been around for years and it is frowned upon. Simeons simply found a way to make it more enticing by adding a “miracle” drug to the mix.

The thought that a drug can redistribute fat from certain parts of your body is absurd. It is scientifically impossible; no study exists that says otherwise. The FDA actually requires labeling and advertising of HCG to state, “[T]here is no substantial evidence that [HCG] causes a more attractive or “normal” distribution of fat.” The FDA also requires the labeling and advertising to include that HCG is not effective whatsoever in the treatment of obesity. Sure, you can find several “success” stories from people who have lost weight while using HCG, but you will not find a single scientific study supporting that claim.

Actually, HCG originally lost its flair back in 1976 due to studies that disproved its claims. G overnment action also played a role when the FTC ordered Simeon’s companies and its affiliates to stop claiming that their HCG-based programs were safe, effective and FDA approved. Years later, a man named Kevin Trudea (not a doctor) started promoting HCG once again through infomercials and his 2007 book, The Weight Loss Cure They Don’t Want You to Know About. Needless to say, Trudea was found guilty in federal courts for misrepresenting HCG in his book and was ordered to pay more than $37 million in damages.

Now let’s review. If you are not a pregnant woman, then HCG should not be in your body. HCG has nothing to do with losing weight; in fact, the only reason people lose weight while taking HCG is because of a VLCD. HCG is being promoted again because Americans are looking for a “quick fix” to their diet woes. Sure you will lose weight, but I can guarantee that you won’t keep it off unless you continue a VLCD forever (which is impossible to do). This hormone does not teach you how to properly eat, it doesn’t force you to exercise, and it certainly doesn’t make you healthy. If you are looking to lose weight, go with the method that is 100% proven to work every time: a healthy diet with plenty of exercise.