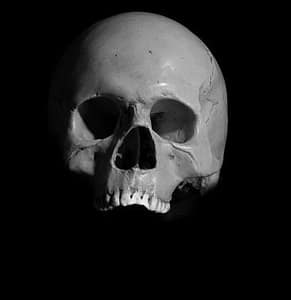 From November 2013 to November 2014, Ebola claimed the life of only 1 Texas resident: And many of us were appalled at how the health threat was mishandled. Yet … in contrast, over 60,000 Texas residents killed themselves in the same amount of time, 12 months – committing what can easily be labeled “slow suicide.”  And we barely squealed about the mass tragedy.
You see, the life expectancy in Texas is about 78 years of age. But that average number is created from intense southward skewing by those of us who choose to cut our life short.
You will “only” find a few thousand suicides on record during a year in Texas, but that stat could be debated, considering that most of the leading causes of death are produced by a chosen unhealthy lifestyle; meaning, these deaths are completely and personally preventable by choosing a healthy lifestyle.
So then, if we decide to live a lifestyle that are we know will kill us prematurely, albeit more slowly than the measures typically taken on state record, is it not still suicide? It’s something to think about.
Let me explain. Below you will find a list of what’s on record as the leading causes of death in Texas. But rest assured: this is the NUMBER ONE ROOT CA– USE OF PREMATURE DEATH:
OBESITY. (with “overweight” contributing heavily as well [pun not originally intended]))
As of 2009, 67% of Texas adults were either overweight or obese.
Although you won’t find obesity listed under causes of death, it IS a direct driver in most (at least 4 of the 7) of the top causes of death in Texas. Because of that, you could accurately label it the true number 1 cause of death, and I will personally grant it that position on my own list.
Statisticians have calculated that middle-aged Texans have a 30% increased risk of premature death if overweight, and a 250% increased risk of premature death if obese.
Here’s the list on record, all happening within a SINGLE YEAR, with my comments explaining the links to lifestyle.
1) Heart Disease – 38,000 deaths from this common condition, directly related to the absence of physical activity, the over indulgence in unhealthy food, and chronic obesity. Over 50% of Texas resents are still defined as inadequately physically active, and our style of food consumption doesn’t really necessitate a study to tell us we are out of balance as a state.
2) Cancer – Though we have much to learn about cancer, we now know that at least 33% of cancer deaths are preventable with well-known healthy habits. That’s the equivalent of over 12,000 Texan deaths in a year that we KNEW HOW TO AVOID BUT DIDN’T. I repeat, we still don’t know what exactly causes, and therefore what prevents, most cancers. I am just keying in on the 33% that we CAN prevent with healthy lifestyle.
3) Accidents – We need to be a little more careful. In just 12 months, we lost over 9500 citizens of Texas due to accidental injury. That said, obesity and a lack of physical activity result in low power to weight ratios that don’t promote the most efficient, effective, and safe maneuvering through life. This increases the risk of sometimes deadly accidents like falls, etc. So some of these could no doubt be prevented with healthy lifestyle, but I won’t even include them in my summary.
4) Stroke – We have over 9,000 Texas deaths a year from this “heart attack in the brain,” if you will. Most of the leading risk factors for stroke are similar to that of heart disease: obesity, high blood pressure, high cholesterol, high blood sugar, and drug abuse – including but not limited to alcohol and tobacco.
5) Lung Disease – Texas lost 8,000 people to CLRD in a year. Chronic lower respiratory disease is most often caused by inhalation of first or second hand tobacco smoke. Exposure to other air pollutants and occupational agents can also contribute to CLRD, as can poor dietary intake. Staying away from both smokers and toxic environments can prevent the vast majority of CLRD deaths.
6) Diabetes – Almost 5,000 Texans within a year. Type 1 diabetes is a malfunction of the pancreas that many are born with, but it’s diagnosis pales in comparison to the prevalence of type II diabetes, especially when it comes to ending in death. The sad thing is that type II, in most cases, is largely preventable. Risk factors include excessive caloric intake (especially carbohydrate), lack of physical activity, binge eating, lack of muscle mass, and obesity.
7) Kidney Disease – 3,300 Texas residents gone. Again, the leading risk factors are preventable, making dying of this disease unnecessary in most situations. Risk factors include diabetes, high blood pressure, heart disease, smoking, obesity, and high cholesterol.
*Honorable Mention
TOBACCO’s specific contribution:
Studies show that tobacco contributes to 24,000 deaths in Texas per year! You know when magicians produce a cloud of smoke around them just before disappearing? We are pretty good at the same trick here in Texas. Tobacco use and exposure results in more deaths than alcohol, vehicle crashes, aids, illegal drugs, homicides, fires, and immediate suicides (to differentiate from the slower suicides described above) COMBINED.
Allow me to summarize and reiterate
Over 12,000 preventable cancer deaths (33% of cancers)
Over 38,000 preventable heart disease deaths
Over 9,000 preventable stroke deaths
Over 4,000 preventable type 2 diabetes deaths
That’s over 60,000 deaths in one year by “slow suicide” in Texas.
Now, are we going to react to this deadly threat and give it the attention it deserves: 60,000 times the focus that ebola got … or will we continue to live in denial and slaughter ourselves?
So, if you happen to find yourself 30-250% more likely to die a premature death, and are ready to take action and change direction … we can help you “find life!”