So what’s the secret? 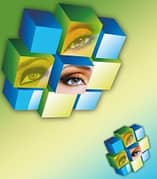 In a word: faith. Harvard University researchers conducted a study involving over 80 hotel room cleaning attendants.These folks were from seven different hotels. The attendants were split into two groups.

The first group was told how beneficial to their health their line of work was. After all, many of them cleaned at least 15 rooms per day.This first group was also informed of how many calories they burned each day. Plus, they were given a handout to look at on a daily basis that showed them how many calories each activity they did burned (i.e. vacumming, scrubbing, changing sheets, etc).

The second group was not informed of how many calories their work burned. Also, they were not told that their line of work was in fact very good exercise for their body.Researchers made sure that the lifestyles of these cleaning attendants stayed the same. Meaning, that they didn’t start changing their exercise or eating habits at home. Also, hotel managers made sure that the attendants all had the same workload.

The cleaning attendants in the first group (those that were told how many calories they burned, etc) lost a significant amount of weight. In addition to the weight loss, they also lowered their blood pressure, and decreased their body mass index (BMI).

The second group (the ones that weren’t told about the health benefits of their job) showed ZERO improvement.

It just goes to show how important your mindset is.Another study published in the “Journal of Physiology” decided to test out this mind-body connection theory.They got two groups of people.

One group was given what they were told was an “energy drink.” They were also told that this energy drink WOULD in fact improve their strength and performance while working out.

The second group was given an identical energy drink. However, they were NOT told about the drink’s strength and performance benefits.

Those in the first group actually DID improve their strength and performance.The second group however, showed no improvement.The connection is clear. In order to achieve your best body, you’ve got to have the right mindset.Otherwise, you’ll be heading upstream, without a paddle.

So how do you get this mindset?

You’ve gotta have FAITH! You gotta believe it before it even happens!What do I mean, “faith?” Let’s look at a VERY old and VERY accurate definition of the word:”the substance of things hoped for, the evidence of things not seen”Use your mind’s eye. Visualize both your progress and success regularly.Imagine every day that you have achieved your ideal body. Get into the feeling of it. Clearly see how good you look.Look at your definition. Feel how energetic you would be.Do this everyday, a few times per day.And as you eat clean and train hard, imagine that everything you’re doing, day-by-day, is getting you one step closer to your dream physique.Before you know it, you’ll have achieved a body you love and others envy!

Of course with proper mindset, you’ll need a good nutrition and exercise program, tailored for you.